Canada! This Time is YOUR Time! 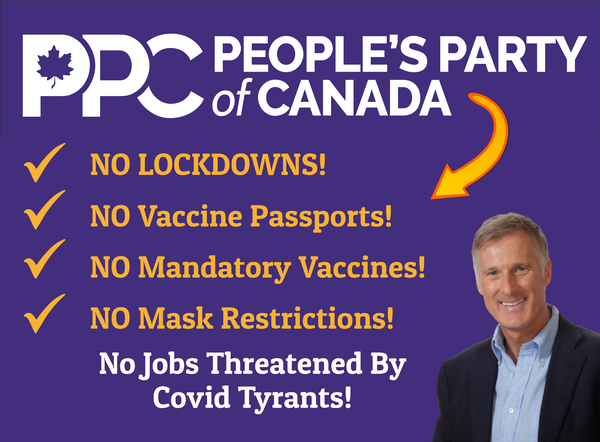 Visit The People's Party of Canada!
Join the PPC Today!

Why Vote-Splitting Is So Last Century

Imagine you are about to watch a horse race.  There are 6 horses in the race, and four of them are owned by the same owner.  Do you think that this owner cares which of his horses wins?  Of course not! He only cares that the horse he doesn't own, or control, does NOT win.  He will do all he can to encourage that horse's loss!

Now imagine that this owner was a monstrously evil corporation that owns not only all of the media in your country, but he also owns the Liberals, the Conservatives, and the NDP.  Does he really care which of them wins?  As long as one of his horses wins, he remains in control.

To maintain this control over who wins, he will promote the idea, through all of his media platforms, that if you vote for a party he doesn't own, then you are "splitting the vote" to allow the evil "Liberals" or the evil "Conservatives" to sneak up the middle.  In reality, he doesn't care at all.  He only cares that you believe him to be correct! And he spends a fortune making sure that happens!

This page is NOT an Ad. It was not asked for or paid for by any PPC Party Officials.
This page is a "Fan Page" created by a citizen motivated by Truth, Transparency, and Change!